Back to winning ways

Top score of the evening.
What a great evening! On Tuesday, Plymstock Camera Club were the hosts for this year’s closely fought and well-attended South Devon Photographic Alliance competition in which Kingsbridge, Ivybridge, Plymouth and District, and Plymstock Camera Clubs each submitted 12 images. The 48 images were then individually appraised and judged by an external Judge. This year’s judge was Liz Webb from Tavistock, who had the difficult job of awarding each image points out of 20, for what turned out to be a very varied and interesting set of images. The result was a totally unexpected 3-way tie in which Ivybridge, Kinsgsbridge and Plymstock all received 196 points, with Plymouth and District not far behind on 185.

The award for the best image went to Ivybridge for a stunning monochrome image of a Chrysanthemum by David Rayner, who scores 20 points followed closely by Ian Clements' "White Light" with 19 points.

Prior to the competition night, each of the four clubs were asked to internally score the images submitted by the other 3 clubs and these were compared with the Judge’s scores. The results from this exercise were also read out at the end of the evening by Liz Webb. Kingsbridge had the highest number of points (559) followed by Plymstock (531), Ivybridge (491) and Plymouth and District (489).

In the quality of the photographs, all of the clubs showed what a wealth of talent they possess and the judge commented on how impressed she was by the originality of the work submitted.

A big thank you to Plymstock Camera Club for organising the event this year. 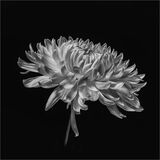